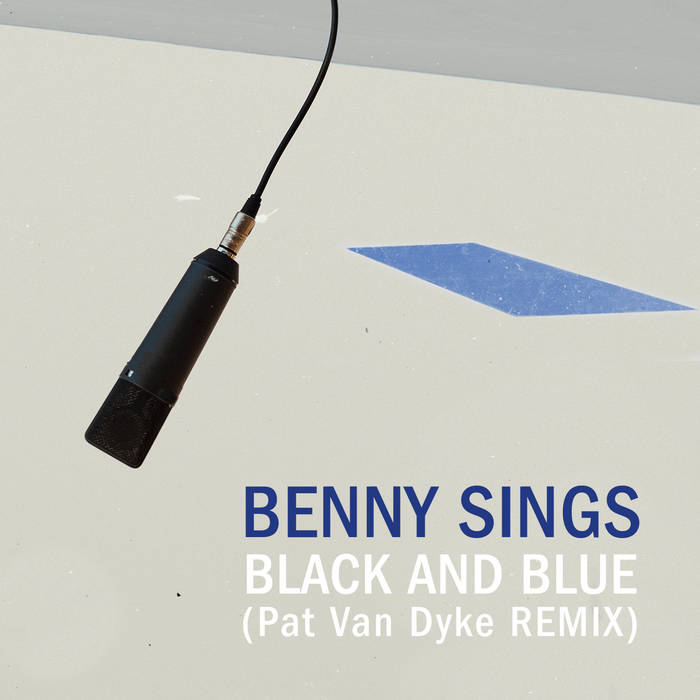 Pat Van Dyke about Benny Sings and the remix:

I first heard of Benny Sings only recently when we both appeared on Jakarta Records' compilation; 'Winter In Jakarta' in late 2014. I quickly dug through his expansive catalog and realized that I was late to the party, and that Benny had been releasing records since the early 2000's. Now both me and my kids love his music - in fact, they know every frame of every video in his YouTube catalog. :) He's an incredible songwriter and producer.

I made an effort to go see him when he played in New York and reached out to him about the potential of working together. When I was asked to work on a remix from 'Studio', I was excited to get the chance to re-work 'Black & Blue" Originally, a laid back and sunny tune, I wanted to keep that bossa nova-esque feel by layering my vintage Rhythm Ace drum machine with some simple programmed 909 kick and snare, sprinkled with some DMX tom fills - referencing those epic synth toms heard on Benny's recent recordings like 'Shoebox Money' and 'Who's Fault'. I recorded the live guitar, bass, and synth parts to give it more of a 'four on the floor' feel, and re-played the original bass line Benny wrote. It was all played, recorded, and mixed by me at my modest Jersey City studio with the exception of the flute solo played by Zac Colwell - 1/2 of the creative powerhouse known as 'Fancy Colors' and a frequent collaborator of mine. Enjoy!

Benny Sings is a prolific songwriter, producer and artist from Amsterdam. He has released several albums, the latest of which is the critically acclaimed ‘City Pop’, released in 2019 on Stones Throw Records. His new album 'Music', which includes the singles Music, Sunny Afternoon, Rolled Up ft Mac DeMarco, and Nobody's Fault ft Tom Misch, is out in 2021. ... more

Featured sounds by K.Spark and WIZDUMB, plus Basi joins the show to discuss his latest release.