← more from
Stones Throw
Get fresh music recommendations delivered to your inbox every Friday. 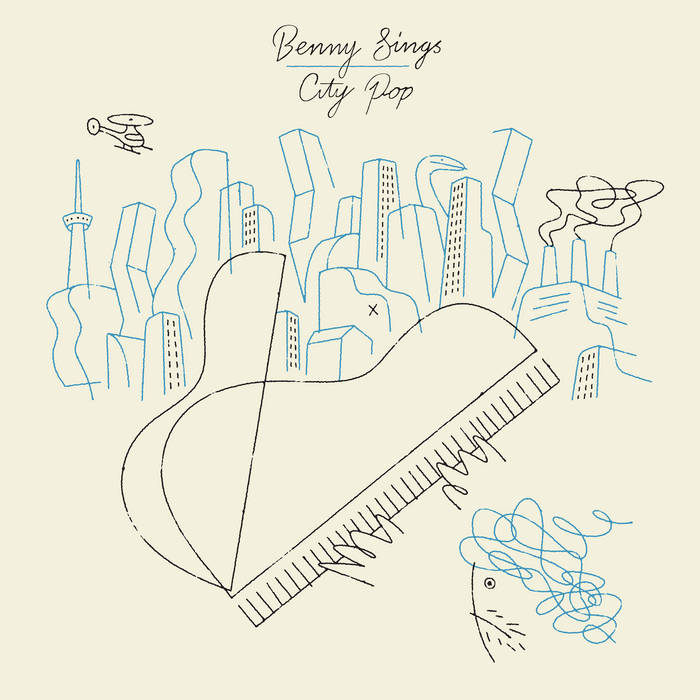 mandr8ke A virtual bevy of Benny bops! It's like a can of Pringles - you can't have just one. You need the whole album. Favorite track: Late At Night.

GrooveMaster2000 So fresh! So good! Favorite track: Not Enough.
more...

City Pop was inspired by and written in cities all over the world, including New York, LA, Tokyo, Paris and Benny’s hometown of Amsterdam.

Benny Sings debuted in 2003 and has since performed for NPR’s Tiny Desk; toured the world with Mayer Hawthorne, and collaborated with the likes of Anderson .Paak, GoldLink, and Mndsgn. In 2017 he co-wrote and featured on Rex Orange County’s megahit “Loving Is Easy”, a collaboration that arose from mutual admiration: "Benny has always been a massive inspiration for me and my music,” says the BBC Sound of 2018 breakout star, “In my opinion he’s one of the most underrated producers and artists going.”

Like the 2015 album Studio, City Pop celebrates collaboration, with Hawthorne, Cornelius, Sukimaswitch (the “Japanese Steely Dan”), Mocky and Faberyayo among the featured artists. True to the album’s name, cities from around the world play a starring role. Alongside collaborations with these Japanese musicians, Benny worked with Tokyo artist Ryu Okubo for the album art illustration. He conceived most of the album’s songs in Amsterdam at the studio seen in the DIY video for his ‘Passionfruit’ cover, and co-producer Renaud Letang — who has worked with Feist, Charlotte Gainsbourg and Lianne La Havas — helped bring his ideas to life in Paris’ renowned Studio Ferber.

Benny’s music has always been informed by his real-life experiences and relationships. Following Studio’s release his perspective on life totally changed. His relationship expanded beyond the “everything-is-amazing romantic explosion” to include marriage and babies — no less exciting, and still filled with ups and downs, but anchored in a sense of a shared future.

City Pop is his most personal record yet, both in terms of his musical taste, with a strong influence of jazz and soul, and the moods he expresses. Lyrically, he reaches deep into both his experiences and his imagination. He celebrates naïveté and probes gloominess, opens up his heart and dissects his inner struggles. He even addresses his daughter, then just one year old, on the moving “My World”.

Throughout, Benny grapples with real-life love in all its forms: good and bad; romantic and realistic; epic and small-scale; familiar and brand new. The result is a collection of love songs as intimate as they are universal. He says, “It came together much more naturally than previous records. I finally feel free and confident in my writing, and this album feels like the start of something new.”

Benny Sings is a prolific songwriter, producer and artist from Amsterdam. He has released several albums, of which the critically acclaimed ‘City Pop’, released in 2019 was the first on Stones Throw Records. His new album 'Music', which includes the singles Music, Sunny Afternoon, Rolled Up ft Mac DeMarco, and Nobody's Fault ft Tom Misch, is released in April 2021. ... more